Old Town, nestled between Lincoln Park and the Near North Side, is a charming metropolitan gem full of Victorian-era buildings and winding brick streets left over from the late 1800s and early 1900s. It displays a dense collection of beautiful historic homes and secluded, tree-lined streets, making the whole area feel more like an old European village than an urban district. Old Town has a long artistic tradition: the annual Old Town Art Fair has been going strong since 1949, the Old Town School of Folk Music was established in 1957, and the Second City comedy troop was founded in 1959. What was once a struggling artists’ community is now an affluent hub of designer shops, theaters, trendy restaurants, and family-owned diners. 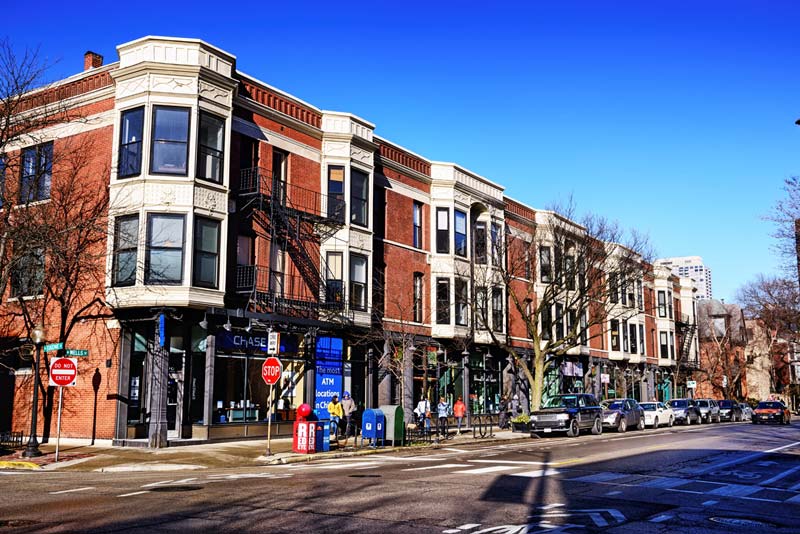 Click the map to view properties currently available in Old Town. If you see something that interests you, please don’t hesitate to contact Hunter. You can call, text, or email him at any time.

Are you interested in buying or selling in Old Town?
Maybe you just want to learn a little more about what’s available in the neighborhood.
Contact Hunter Andre today. He’s your best resource for learning about the Old Town market.