River North is one of Chicago’s swankiest neighborhoods, offering trendsetting design, a stylish nightlife, and a colorful history. The area began as an industrial center filled with forges, factories, and warehouses that used the Chicago River as a direct shipping resource. In the 1920s, during the height of Prohibition, River North was well known as a bootlegger’s hub, and in the 1970s it was famous for a large punk rock club. Gentrification began in the mid ’70s with commercial and showroom development; additionally, many lofts and warehouses were renovated and updated. Artists, designers, and entrepreneurs moved into the area and established River North’s reputation as a locus of refined culture, sophisticated creativity, and fashionable dance clubs. Starting in the 1990s and continuing to the present day, developers constructed countless iconic highrises that became some of the most coveted real estate in the city. 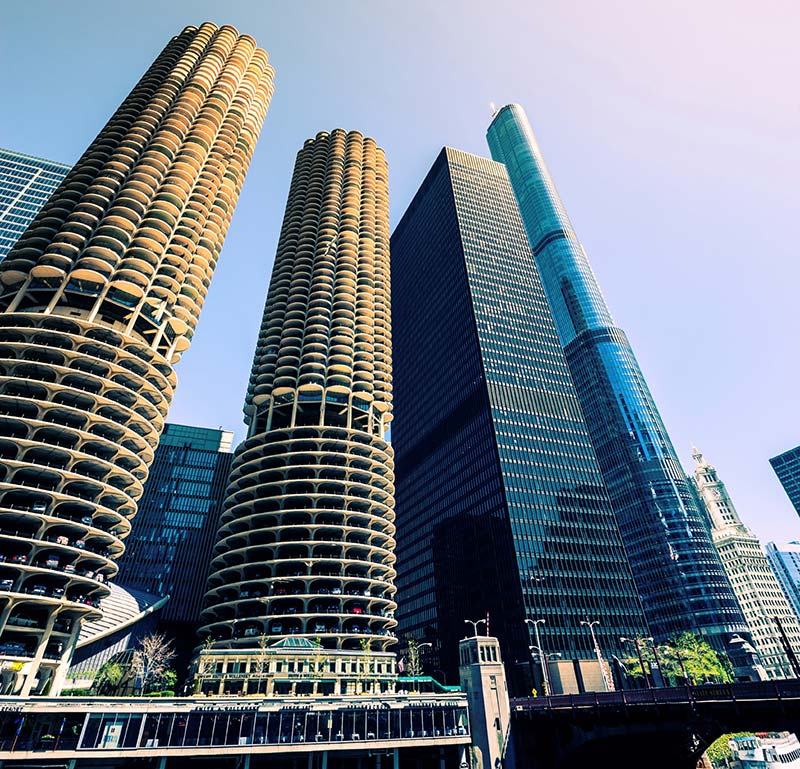 Click the map to view properties currently available in River North. If you see something that interests you, please don’t hesitate to contact Hunter. You can call, text, or email him at any time.

Are you interested in buying or selling in River North?
Maybe you just want to learn a little more about what’s available in the neighborhood.
Contact Hunter Andre today. He’s your best resource for learning about the River North market.